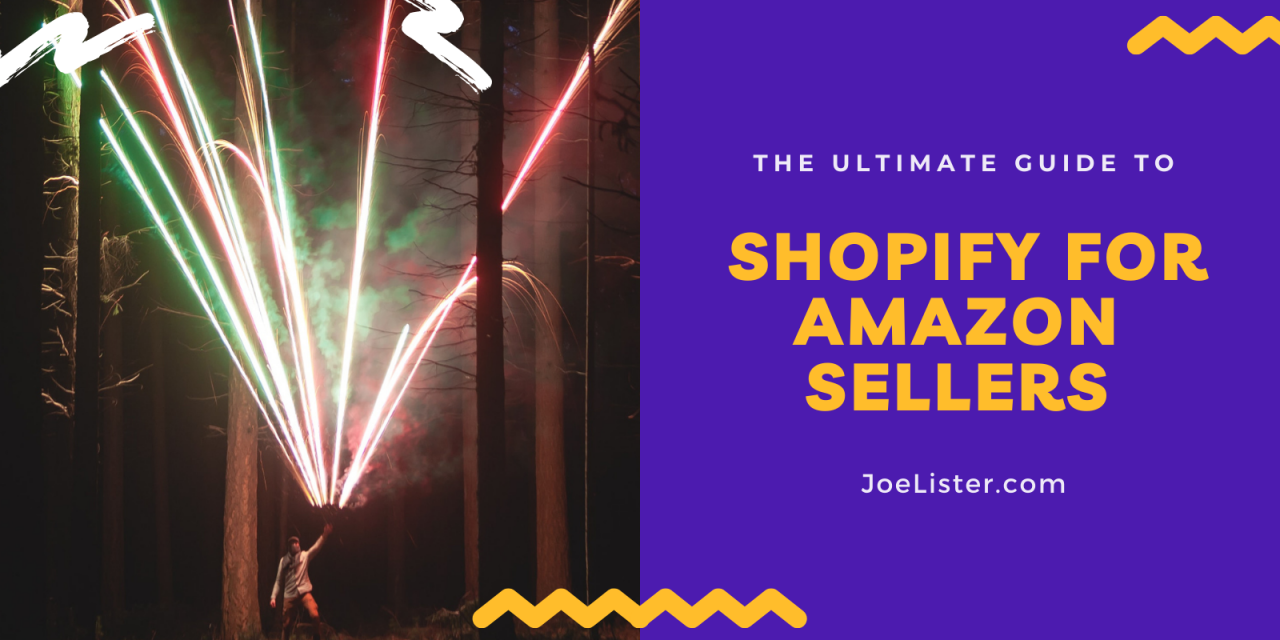 The Ultimate Guide to Shopify for Amazon Sellers

Amazon sellers that want to increase the lifespan, potential, and ultimately the value of their business should start a Shopify store.

With any business multiple streams of revenue add resilience — and also opportunity. When you have your own branded Shopify store you gain control over the customer experience in a way you could never do via Amazon selling.

When Amazon sellers add Shopify to their business they add marketing abilities and can work on establishing a real brand and own their customer base.

As we have seen during these troubled times, relying strictly on Amazon FBA can be problematic too.

At JoeLister we have always believed that Amazon sellers can be more profitable by selling across other platforms. We believe online sellers should be thinking about Amazon + Shopify instead of Amazon vs. Shopify.

In a few years, businesses that take effort to build their own Shopify stores should be sitting pretty compared to those just sticking with Amazon.

Here is our guide to Shopify for Amazon Sellers:

Why Amazon Sellers Should Sell on Shopify

Take Your Shopify Store to the Next Level

Get great content updates from our team to your inbox.

Thank you! Your submission has been received!
Oops! Something went wrong while submitting the form.
Join 86,000 subscribers. GDPR and CCPA compliant.